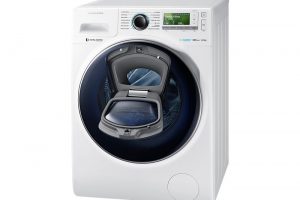 Hence, from the Korean firm want to make a clean slit and new ditch, something that is usually achieved with the launch of new products that make the consumer forget the problems generated. And although the mobile division still have months to see the Samsung Galaxy S8, not the case with its range of appliances, which already has new members in theform of washers and dryers in the AddWash range. 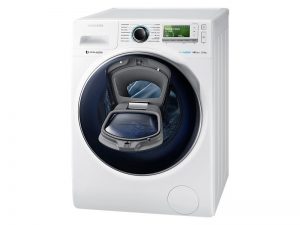 With the concept, AddWash Samsung added a striking proposal. Power introduced during a wash cycle more clothes in the washing machine using a small-integrated door at the front door. A concept that has been well received in the market, so they expand its use in more washing machines and even in dryers of the brand.

In this sense they have launched two new models of washing machines, both high capacity and having a capacity of 9 and 12 kilos of cargo each. Two front-loading washers that are designed for households with several members in the family who can optimize this capacity.

These two new models stand out especially because they belong to the AddWash family, which translates into the possibility of adding more clothes during the washing cycle, clothes that can go from a handkerchief to a shower towel. This gesture can also make more softener or detergent is required, so these two new models have a compartment to add the dose required to complete that extra washing clothes.

You may also like to read another article on SevenFrigo: Xiaomi dares to do anything, even with smart washing machines

And like other members of the AddWash family, these two new models are as the brand continues to make use of technologies like Super Speed with which the wash cycle is reduced to an hour or EcoBubble, which dissolves the detergent before reaching the Drum thus facilitating cold washing.

So much for washing machines, as Samsung also launched a washer-dryer AddWash. In this case the load capacity drops to 8 kilos and as in the two models of washing machines includes a small door to add new garments during washing.

In the case of using the functions of drying, the low capacity up to 6 kilos adds a new and technologies that we saw before as Air Wash, which makes use of hot water to remove odors and air clean clothes.

And the latest model presented is a dryer with which to avoid using clotheslines now that the rain and cold make our clothes take so long to dry. A dryer with heat pump Series 6 that has a high capacity of drying, offering up to 9 kilos and that stands out by offering an energy certification A +++.