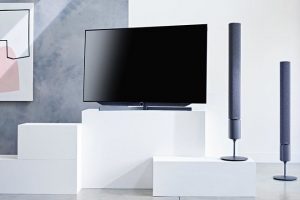 Loewe introduced a few weeks ago its first OLED TV called Bild 7 a high -end model in which it argued for higher quality sound than standard included lately in flat TVs.

The brand also announced that it would be compatible with wireless speakers and especially the Klang 5 (model included in the promotional photos TV), which has just been officially announced and can also be used with older equipment Loewe, itself alone or in a 5.1 configuration if we have several couples and a subwoofer. END_OF_DOCUMENT_TOKEN_TO_BE_REPLACED