The old “silly box” has evolved a lot in recent years, becoming one of the devices with more technology integrated under its housing that we can have in our rooms. It is precisely this complexity that prevents us from knowing everything they are capable of offering and even puts obstacles in the way of deciding to buy our ideal model, making us doubt about what functionality we need.

Is it better to have a flat or curved TV, with 3D or without 3D, with LED or OLED panel, will I take advantage of 4K or better Full HD? If these questions are around your head and you are thinking about buying new TV, keep reading and clarify your doubts once and for all.

Is it time to switch to OLED?

The OLED panels take up expectations for years on its high image quality, pure black and infinite contrasts. However, they face a big problem: the high production costs that in practice have relegated the technology practically to high-end models manufactured by LG.

Philips announced its intentions months ago to abandon 3D technology and instead focus its efforts on the development of OLED models with HDR. They intend to remove a 55-inch TV before the end of this year, although the prices will be similar to those of LG. Another of the big ones, Panasonic, made last year its first steps with the new technology to take out the expensive model CZ950, although it used the same panels as LG and not some of its own.

Precisely this is the main problem for the takeoff of technology: factories need to adapt their production line to the creation of OLED panels and it is something that is hard to do, since the current LED installations have to be amortized. Samsung announced a couple of months ago that it was thinking of investing between 2.5 and 4 billion dollars in a new production plant for OLED panels that would bring the technology to the mass market. 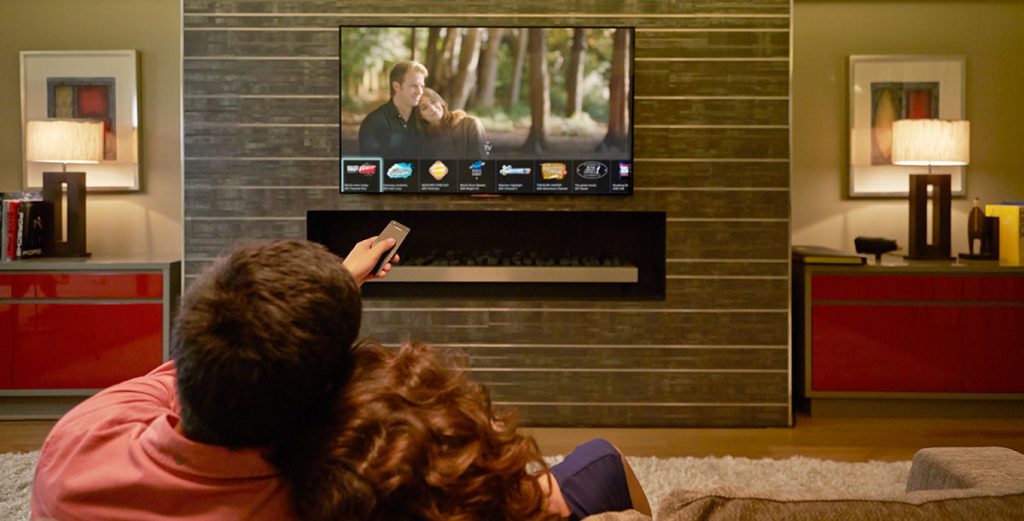 One of the most important factors when buying our new TV is the size of the panel. We have to forget about the typical “the bigger the better”, because it is not always true, since it will depend on the distance of viewing, the viewing angle and the resolution of the screen.

The most efficient option is to bet on a size that suits the viewing distance, that is, the one that separates our TV from the sofa or the armchair where we go to sit. Here you have to take into consideration the resolution of the screen.

Thus, in a Full HD model (1920×1080 pixels) the SMPTE (Society of Motion Pictures and Television Engineers) recommends that the minimum viewing distance be at least twice the width of the television and that the maximum distance does not exceed more than five times that measure.

Translated to specific cases, for a model of 46″ we will need at least two meters to be able to take advantage of it to the maximum and we will not be able to sit more than 5 meters or we will lose the quality of all the pixels.

If we talk about resolutions UHD (3840×2160 pixels) or 4K (because to speak properly, are not exactly the same) these recommended distances are reduced by half. That is, if for Full HD the distance of optimal visiting is 2 meters, if we go to UHD the optimum distance drops to 1 meter.

In addition, we have to take into account the angle with which we see the screen. The average human being, starting at 60 degrees, begins to lose chromatic perception and at 124 degrees he stops seeing well with both eyes. The SMPTE proposes to consider the optimum viewing angle of 30 degrees.

Based on this approach, it is recommended that the minimum viewing distance be three times the height of the television or 1.6 times the diagonal of a 16:9 screen. That is, for a 50-inch TV, we would have to place ourselves at 80 inches to see it in all its splendor, or what is the same, at about 2.03 meters.

Too complicated with so much recommendation and rules? To make it easier we can carry this idea in mind: multiply the height of the screen by a factor according to the resolution. The factors are: 3 for FullHD, 1.5 for 4K. For example, for a typical model of 55″ Full HD, the optimum viewing distance would be 2m, the same television but with 4K resolution would have an ideal distance of 1m, that is, half the distance.

Keep Reading: Thinking of buying an OLED TV? These are some of the best proposals we have seen so far this year

The televisions with curved screens are very spectacular when you see them for the first time on the shelves of stores and you may want to take one home. However, its apparent advantages are blurred in the conventional salons that most mortals have. Why?

According to manufacturers, it is assumed that curved screens improve the user experience and not only represent an aesthetic revolution. They offer a more real experience, because when the screen is curved, the distance between our eyes and the TV is constant at each point of the panel (as long as we are in the center, and this is the key point of the matter), in that case it seems that the screen is larger.

This, in theory, allows the viewer to have a greater degree of immersion when enjoying a movie, since it increases our field of vision and all the parts of the screen are at an equidistant distance from our eyes, emulating how we perceive the objects in The real world.

If the user is centered with respect to the screen there is no problem, but if we are not or if we are several spectators each at a point in the room, at the ends we will not have the same good image quality as in the center.

Another disadvantage is that the curvature can increase the reflections in the panel, especially in the cases of stays with light sources that are located on the sides. In addition, the reflected light is not like a flat screen, it may even seem more extensive occupying a larger surface.

So, is not it worth spending a little more on a curved screen? If we are only one user or two at the most and we can sit in the center of the television, the sensation of immersion will improve noticeably as long as the screen covers a good part of our angle of vision. That is, a 40-inch curved TV is useless if we are going to see it 3 meters away.

Do I still bet on 3D models?

A few years ago, a new (or not so new) technology promised once again to improve the feeling of immersion in movies, series, sports and conventional programming. It was 3D, and its omnipresence saturated the shelves of the stores drawing our attention with spectacular demonstrations.

3D has not had the expected success and is something that the brands, which with so much interest sold it to us two years ago, seem to have accepted with resignation, liquidating TV production lines with this technology.

Samsung and LG announced at the beginning of the year that they were retiring from this sector starting, significantly reducing the number of new compatible models and probably eliminating them completely from next year.

Later another one of the great ones, Philips also announced that it left the boat. TP Vision, responsible for the brand, confirmed in a technological show in Brussels that Philips will not release new TVs compatible with 3D this year.

In addition, the new standard Blu-ray UHD decided that it was not worth betting on the three dimensions, so that in televisions with 4K panels we can only enjoy 3D content in Full HD.

Once we have all these ideas more or less clear comes the time to decide on a particular model. Which? Well there are hundreds. To make it clearer in the coming days we will continue this special with recommendations for all types of budgets.