Skip to content
HomeTV and Music SystemTVs for 2018 from LG, Samsung and Sony: These are the most interesting models and their prices

As every year, the CES (Consumer Electronics Show), which, as you know, is one of the most important consumer electronics fairs, was the “kick-off” of the new TV ranges for 2018 from the main manufacturers. At the beginning of January, during the celebration of the event, we knew what brands are going to offer us this year, but it is now when their new TVs are coming to stores, and therefore, when we can know their prices.

The range of options available to us today is, fortunately, very broad. Many manufacturers, such as LG, Sony or Panasonic, among others, have two well differentiated ranges: one with OLED panels and the other with LCD solutions and LED backlighting. The brand that has remained outside of OLED, and which seems to be focusing its attention in the medium term on MicroLED technology, is Samsung, which hopes to stand up to the OLED and LCD LED solutions of its competitors with its QLED televisions.

That there are so many alternatives is great for us, the users. Especially since we can now get latest generation 4K UHD TVs with very respectable sizes and popular prices that, in many cases, barely exceed 1,000 dollars. And we can even get some models below this figure if we go to the ranges of entry and we are left with more measured diagonals.

However, such an amount of options can overwhelm many users, especially if they do not know what the latest innovations of the manufacturers are and how the models differ from one family to another. Precisely, this is what we intend to remedy in this article. In it you will find a summary that brings together the most interesting models proposed to us this year by LG, Samsung and Sony, as well as their specifications and prices. We trust that this information will be useful and help you find the television that best suits your needs, if you have in mind to get a new “TV” in the short term.

LG is committed to OLED, LCD IPS and artificial intelligence

Given its obvious link to LG Display, which is one of the leading manufacturers of OLED panels in the world, LG Electronics is one of the manufacturers of televisions that more clearly opt for organic diode panels. Its OLED range for 2018 is very wide, as you can see in the table below these lines. All its proposals use 10-bit OLED panels, are compatible with the main HDR standards of the market (Dolby Vision, HDR Advanced, HDR 10 Pro and HLG Pro) and process Dolby Atmos sound. 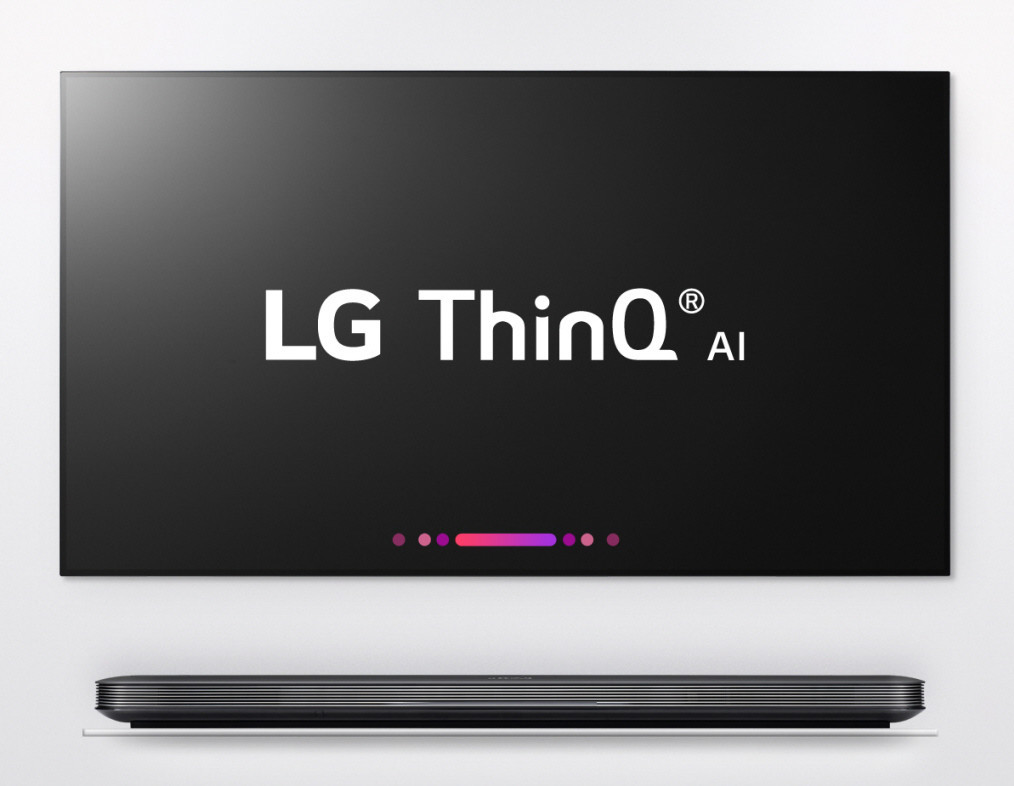 So, how is one family different from the other? The W8 and E8 ranges use the same hardware, but the first one has a more sophisticated design, with almost non-existent frames, and their televisions incorporate a matching sound bar. The E8 family has a more conventional chassis, but has inherited most of the specifications of the W7 series, which was the top of the range in 2017.

The C8 family also incorporates hardware very similar to that of the higher ranges, but their TVs have a slightly less refined design and less premiummaterials . Interestingly, it maintains the image processor Alpha 9, a component that does not have the most economical series, the B8, so its image processing capacity is similar to those of the most expensive series.

The artificial intelligence technology that LG has integrated into its new televisions, both OLED models and LCD IPS, allows us, among other things, to talk directly to the TV through the remote control, as well as access other devices from the TV, as robot vacuum cleaners, air conditioners, lights, smart speakers, etc., and also to other elements that can be connected to the TV using the WiFi or Bluetooth connection.

Below is the table that shows the main features of LG TVs with IPS LCD panel. All of them share the same image processor, the Alpha 7, as well as a 10-bit LCD panel with nanocrystal technology (which the South Korean brand calls Nano Cells), but between some models and others there is a fundamental difference: the shape in which the LED backlighting is implemented.

The models with FALD technology (Full Array Local Dimming) incorporate a LED diode matrix placed behind the panel that allows to control with great precision the attenuation of the backlight applied to a set of cells (pixels) of the LCD panel. However, the panels with peripheral LED backlight (Edge LED) have a set of diodes placed at the base of the panel and assisted by mirrors that reflect light in the most homogeneous way possible throughout the panel. FALD technology offers deeper blacks and a higher contrast than Edge LED technology, but the latter can also achieve a very convincing overall image quality.

Samsung continues to rely on QLED and is committed to design

If you want to know in great detail what innovations Samsung has introduced in its new batch of televisions QLED for 2018 I suggest you take a look at the article we devoted a few weeks ago. However, now we are interested in taking the opportunity to review the most relevant differences among the five families that make up the QLED series this year.

Samsung was one of the manufacturers that more strongly opted for curved panel televisions when they began arriving, almost four years ago. But, interestingly, if you look at the table below these lines you will see that only one of the ranges, the Q8C, bets on curved panels. Precisely, the letter C at the end of the identifier of this family indicates that it uses curved panels, while the letter F of the other ranges reveals that they integrate flat panels. 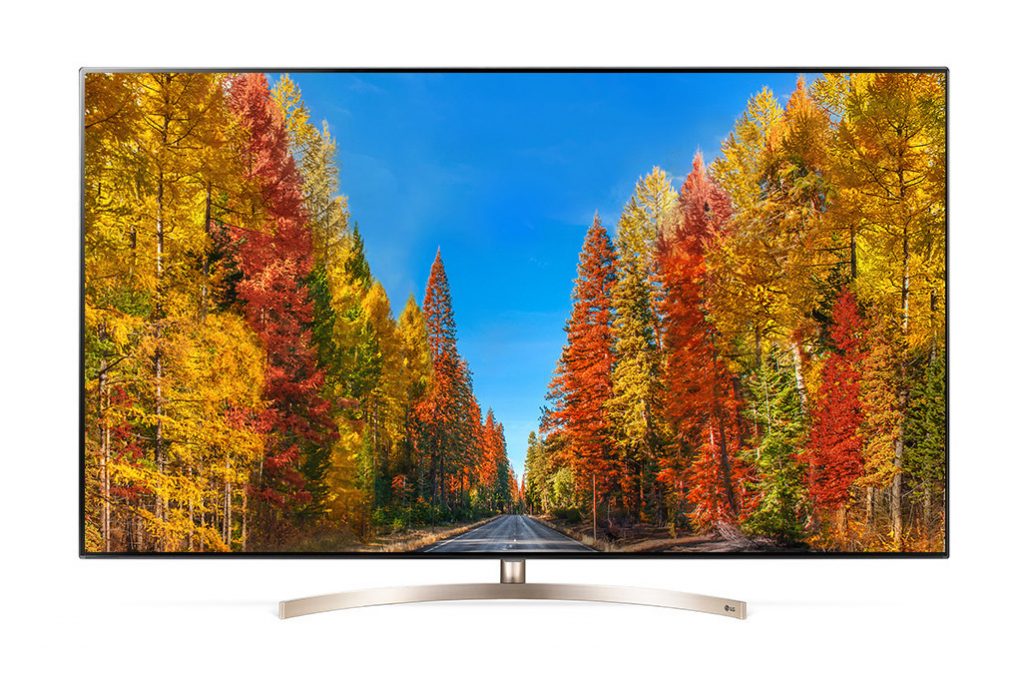 One of the most relevant differences between the new QLED TVs is the technology used in LED backlighting. Only the Q9F series incorporates a Direct Full Array matrix, which is the equivalent of the FALD technology discussed in the section that we have dedicated to LG TVs. The other ranges have peripheral LED backlighting. Of course, all panels are VA type and have a color depth of 10 bits.

Another important difference that is worth paying attention to is the HDR standard satisfied by these televisions. One of the strengths of the QLED panels is their high level of brightness, which has allowed Samsung to obtain the HDR 10+ certification in the models of the Q9F, Q8C, Q8F and Q7F families (the Q6F range conforms to HDR 1000, a slightly more modest norm).

The peculiarity of HDR 10+ is that, unlike HDR 10, it incorporates dynamic metadata that are responsible for telling the TV logic how to illuminate each sequence in real time, instead of just at the beginning of the reproduction, and without possibility of acting a posteriori.

Sony is committed to design and OLED, but without neglecting its LED LCD TVs

Sony’s commitment to OLED technology is increasingly strong. It still does not have a range of solutions equipped with these panels as broad as the one LG has, but little by little it is forming a portfolio with very interesting proposals. And is that the A1 family, whose model of 65 inches we had the opportunity to analyze thoroughly last year, has joined this year the new range AF8, which inherits from the «veteran» A1 virtually all its specifications. 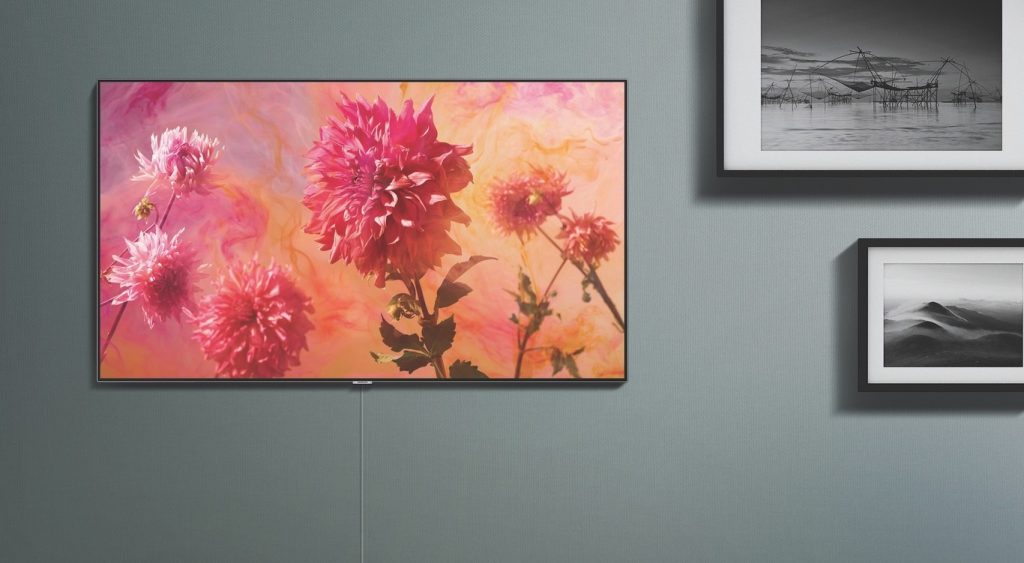 If you look at the following table you will see that the TVs of these two families share not only the same panel, but also the same image processor. Even the two are compatible with Dolby Vision, in addition to HDR 10, and generate sound with Acoustic Surface technology, which emits sound waves causing slight micro vibrations on the screen.

So what is the difference? Essentially, its design. Even its price, if we compare models of both series with the same inches, is very similar. Yes, it is a little cheaper AF8 family, so it seems the right choice for those users who have not been dazzled by the design of A1 models and want a Sony OLED TV.

If you are looking for a television with LCD panel and LED backlighting it is worthwhile to dive into the Sony portfolio for a few minutes. And is that the Japanese brand has a fairly wide range of televisions equipped with VA LCD panels, and all of them have the latest innovations introduced by the engineers of this company in its nanocrystal technology (which Sony calls Triluminos).

As you can see in the table below these lines, the five new product ranges of Sony LCD panel have much in common, but there are also differences between them that are worth paying attention before deciding on a u other. The critical elements that reflect the main differences are the LED backlight technology, the image processor and the HDR standards supported.

Of the five LCD LED ranges the only one that incorporates a FALD matrix is ​​the XF90, the top of the Sony range with LCD panel (do not miss our analysis of the model 55XF90). The others resort to Edge LED backlighting, which has a clear impact on its price. On the other hand, in the table you will see that these families integrate three different image processors. Logically, the most powerful is the XF90 family, closely followed by the XF85 family. The models XF80, XF75 and XF70 have the same image processor, although it is a little simpler than the chips that the XF90 and XF85 families have.

One last feature worth noting is the HDR technology. And the TVs of the XF90 series will have in the future a firmware update that will make them compatible with the Dolby Vision standard, while the other families must comply with their compatibility with the HDR 10 and Hybrid Log range. Something that, on the other hand, is not bad at all.