Xiaomi Mi Robot Vacuum: A cleaning robot that focuses on price and specifications 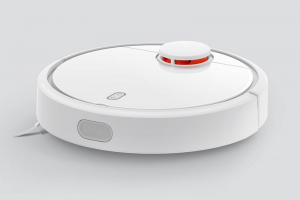 We have spoken on other occasions of cleaning products on this page but quiet, bleach and ammonia for now have no place among our news. It is those little gadgets, so-called intelligent cleaning robots that if a few years ago seem out of the latest installment of Star Wars, are increasingly common today.

And the last firm that aims to launch its own stake in this segment is Xiaomi. Curious what of Xiaomi, which is present in worlds as diverse as telephony, portable sound or in this case, household appliances. And that regardless of the “lunar” sleeping that presented a few days ago.

And although already announced some time ago, it is now when the market reaches the Xiaomi Mi Robot Vacuum, a cleaning robot that wants to stand up to the famous Roomba and other similar proposals. And as usual in the brand products at a competitive price. 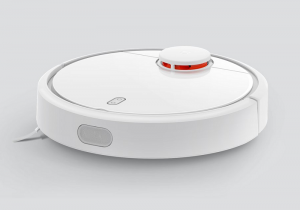 Regarding the design we can say that the Xiaomi Mi Robot Vacuum does not represent a jump on what can already see in other proposals. A robot circular appearance that hides its base elements shaped brushes with collecting dirt to go home.

For intelligent travel by all stays, it makes use of all types of sensors (up to 12, collision, slope, ultrasonic, radar …) and avoid any obstacles. Even uses a Laser Distance Sensor (LDS) is a “little brother” of laser guided systems of autonomous cars. And do not be afraid if you have a soft floor, since Xiaomi has endowed his robot three rubber wheels to not spoil the soil surface.

You may also like to read another article on SevenFrigo: LG presents the Hombot Square Turbo, a vacuum cleaner robot equipped with video surveillance system

The robot Xiaomi well and according to the manufacturer, provides a suction force of 1800 Pa, a figure higher than the other proposals we can find in the market and offers a striking as it is a “virtual wall” accessory, so users they can be set to define access My Robot Vacuum to specific rooms.

Regarding the autonomy has a lithium-ion battery with a capacity of 5200 mAh with stating that we can use the My Robot Vacuum for up to two hours without charge. And if battery runs out, the robot, as we have seen in other models, go to its cradle.

We’ve said before is that Xiaomi products if anything stand out is the price and the difficulty to find outside China. And in this sense the Xiaomi Mi Robot Vacuum would not be different, and can find it for a price of around 360 dollars, or slightly higher on other websites, but significantly lower than other options in the market.