Thinking of buying an OLED TV? These are some of the best proposals we have seen so far this year 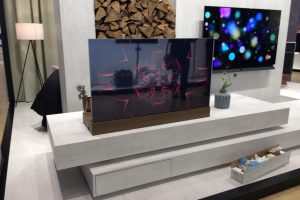 The OLED is fashionable! A type of panel that is no longer exclusive to LG’s Korean TV sets and offers a number of advantages (and also disadvantages) compared to the models that have dominated the market so far, LED models. A batch of televisions that with the design by flag, arrive at the market from the hand of great manufacturers.

We are well with proposals from Sony, Philips, Panasonic, Loewe, Bang & Olufsen … and yes, you will notice that Samsung is missing, but is that the Asian giant has chosen to choose their own way with the QLED technology of their new models. But back to the new releases, let’s see some of the most interesting we’ve seen this 2017, especially now that shopping dates are approaching and Black Friday is already looming on the horizon.

Anyway, remember before continuing, some of the advantages offered by OLED televisions, which, unlike LEDs, do not have backlighting, so they can offer more intense dark tones compared to LEDs (blacks are pure blacks since the LEDs are off). This results in lower consumption, more intense blacks and a color coverage around 75% of the spectrum that the human eye can see 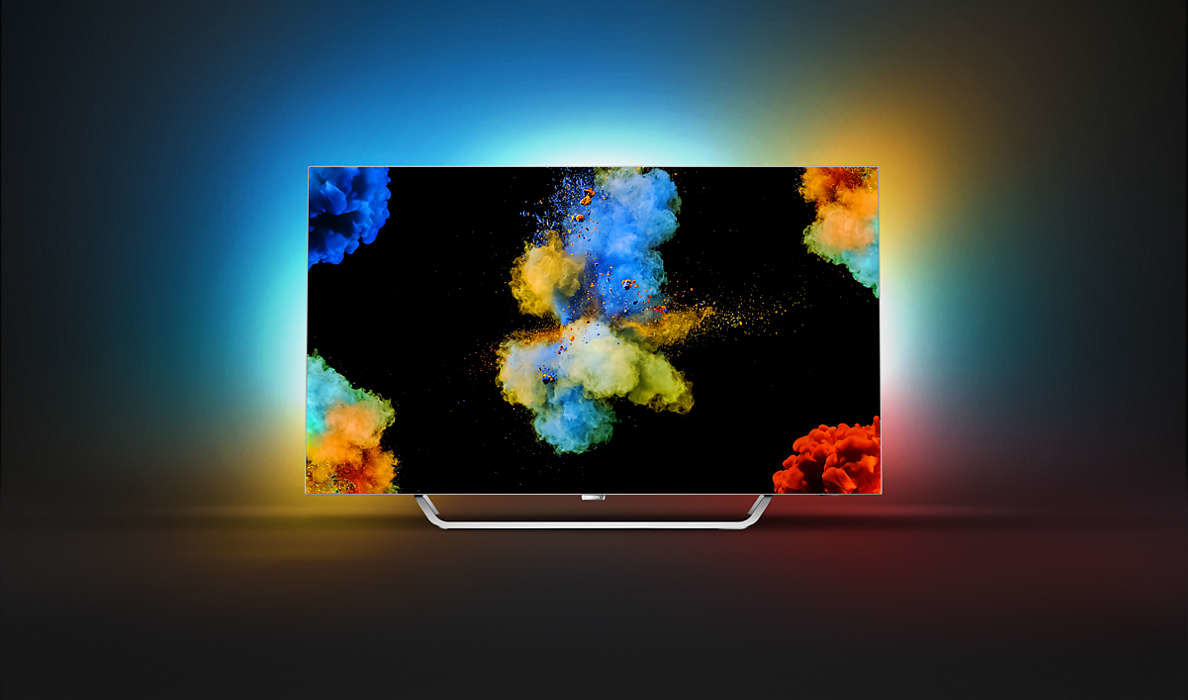 With a panel of 55 inches UHD panel and “UHD Premium” certification, it inherits most of its predecessor qualities, although it improves the maximum luminosity reaching 750 nits, also covering 99% of the DCI-P3 color space.

It also includes a new system to reduce noise and mosquito signal processing with the system “Smart Bit Enhancement”, also a better scaling of HDR from conventional videos. Philips seems to have opted on this occasion to improve the image processing capacity by integrating a more powerful processor that, according to the brand, is up to 25% faster than in previous versions.

In addition to having Android TV as an operating system, it offers Ambilight’s best three-sided ambient lighting system that the brand integrates into its top-of-the-range models.

The new Philips 55POS9002 TVs are already available for prices ranging from 2,300 to 2,800 dollars, depending on the store, thus placing themselves as serious competitors of the LG models. 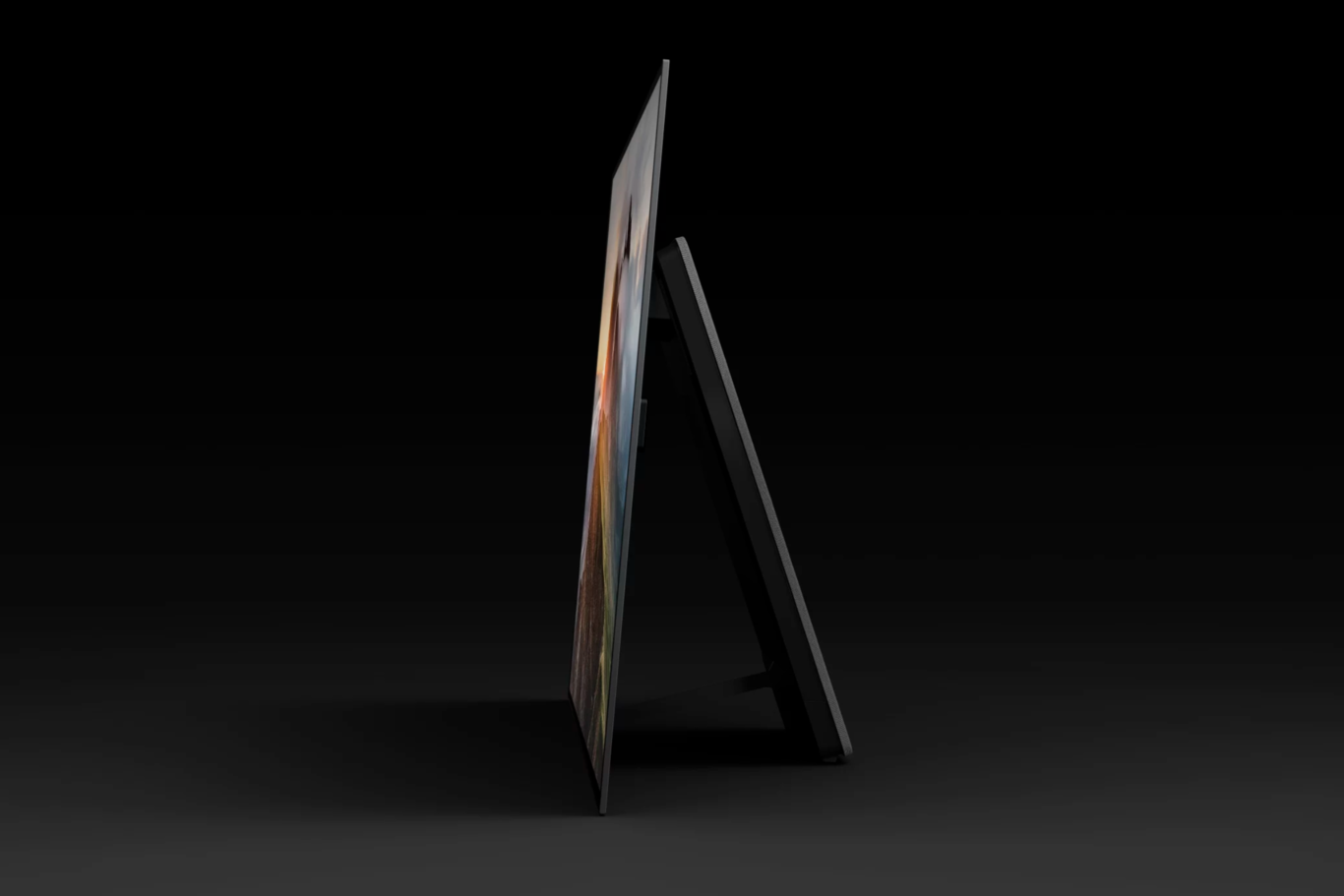 One of the most impressive proposals of this year has been the Sony Bravia OLED A1 thanks to a height design and a characteristic as is the new Acoustic Surface sound technology that emits a superior and powerful sound coming from the screen itself.

A model that mounts the aforementioned OLED screen, the 4K HDR mode (supports HDR10, HLG and Dolby Vision), powered by a Processor X1 Extreme chip and with Android TV inside. A model that we can see in diagonals of 55 and 65 inches.

The Sony Bravia OLED A1 also has the HDR Remaster technology that can detect, analyze and optimize each object in the image to adjust the overall contrast.

A high price model in line with other OLED models of other brands and that is available in two diagonals with prices of 3,499 dollars and 4,499 dollars for the versions of 55 and 65 inches respectively. 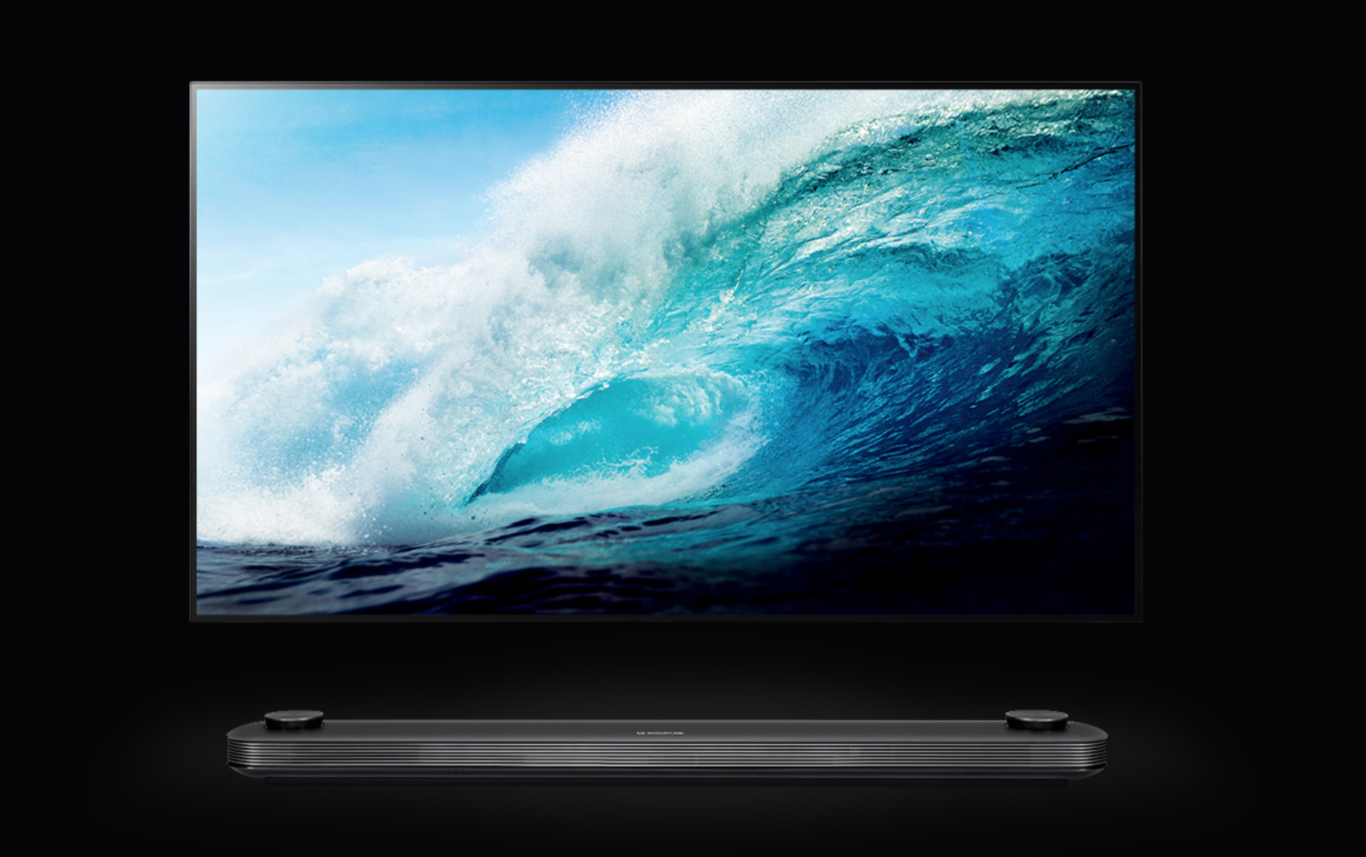 LG could not miss that this year has presented up to five new models for this 2017. They are in particular the LG B7, C7, E7, G7 and W7 and with this last one we are, with the most spectacular but also with the one that holds the record in terms of price.

An exclusive model of the Signature range that offers a diagonal of 77 inches and a frameless design called Picture-on-Wall. It has a panel thickness of less than 3 millimeters and hardly any elements on the front of the TV. What is more, in the most exclusive W7 model there is a magnetic wall anchoring system to avoid separation between it and the TV.

A design that requires the use of external speakers, which have Dolby Atmos sound to support the HDR that here uses ULTRA Luminance technology to support HDR10, Dolby Vision HLG (Hybrid Log Gamma) and Technicolor Advanced HDR.

A model that is capable of reaching almost 1000 nits in an APL pattern of 5% in Vivid mode, or 700 nits in an APL of 10% and that also adds the HDR Effect function, which processes the standard definition content image by image for simulate a native HDR.

LG’s thinnest OLED TV is now available at an official price of 8,999 dollars.

You may also like to read: What to watch when buying a TV to ensure that it will have the technologies of the next years? 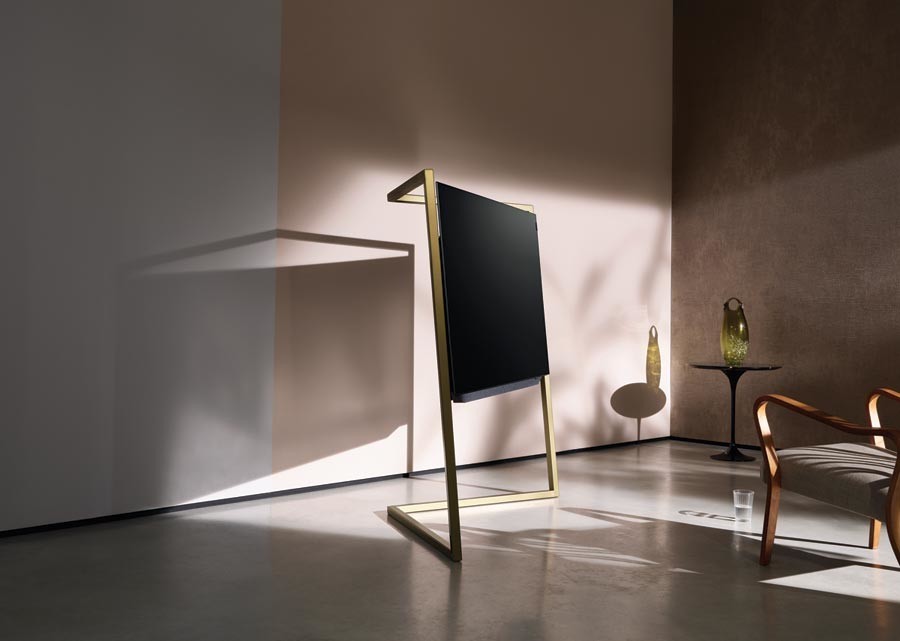 I could not miss in this selection a brand of height as is Loewe bet with the new series Bild 9 for a high-end television that looks the latest in OLED panels. We came across a minimalist television and that draws attention just by seeing the base and the support, cut with laser and polished, totally different from everything we’ve seen so far.

A model that releases new firmware that adds compatibility with Dolby Vision and also with the HLG system, thus preparing the brand’s televisions for DTT with HDR receptions. The Loewe Bild 9 has a technology called Vanta Vision that is capable of absorbing up to 99% of luminosity in a way that achieves purer blacks. It also has a motorized sound bar with power of 120 watts and 6 speakers, compatibility with Dolby Digital and DTS.

This TV makes use of a 1 TB hard drive in which to record content from the usual programming and in turn use it as a server to share it with other Loewe TVs that we have connected to the same network.

And how in the case of Sony or LG, we face the problem of price, since the most economical version is the 55-inch that costs around 7,990 dollars, a figure that rises to 9,990 dollars if we want the model of 65 inches. 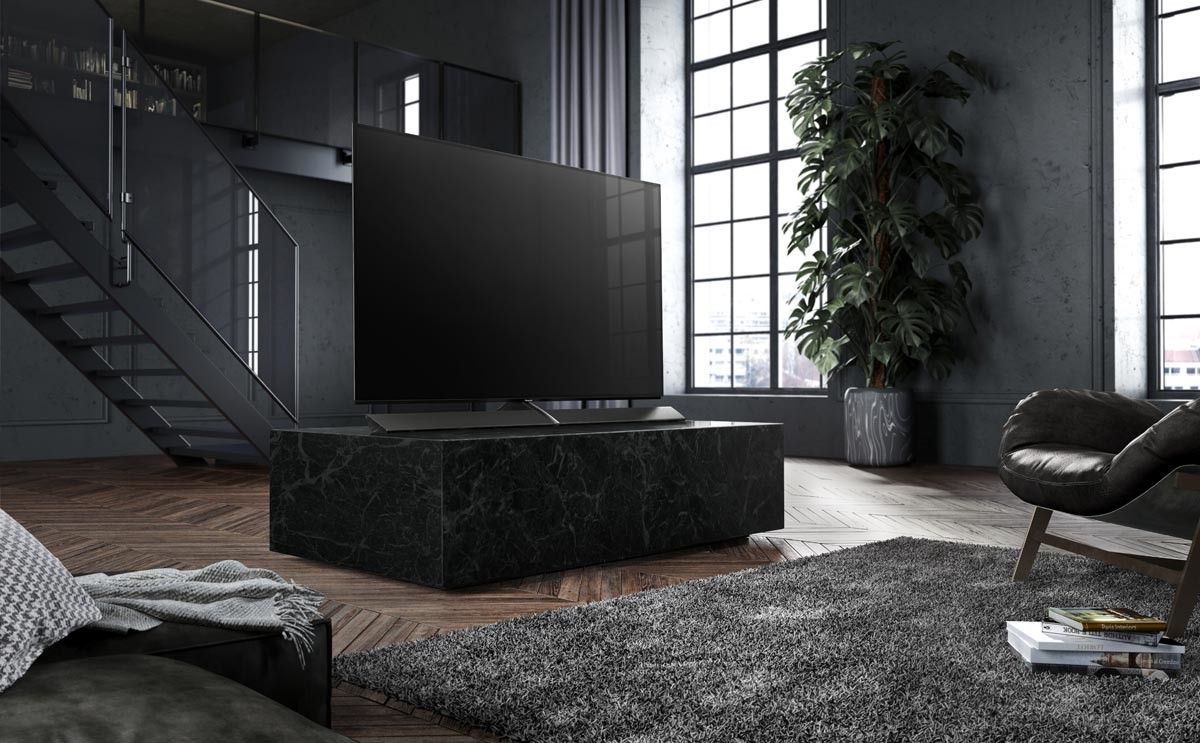 It is the turn of Panasonic, who wants his piece of market thanks to the Panasonic EZ1000, a model that we find in two versions.

A model that has the certification “UHD Premium” and “THX 4K” and that sports an OLED 4K Pro panel that includes the latest image advances that we saw in action at the Panasonic factory in Pilsen at the beginning of last December. 4K resolution, HDR and integrated sound bar in the base are some of its arguments that now arrive in 65 and 77 inches.

For this the Panasonic EZ1000 manages to reproduce 98% of the DCI color space and it has included some specific options such as the ability to upload a custom color profile and compatibility with ISF calibration settings and Portrait Displays CaiMAN, although they are functions that are not intended for the average user.

Compatible with the standard Hybric Log Gamma HDRH and DR10 although Dolby Vision is missing, it is the first Panasonic model that has the Firefox OS operating system as the basis to move the whole. A system that allows you to access applications such as Netflix or YouTube waiting for later this year to reach others such as Amazon Prime Video.

And the price … what to say? Again a high cost, because the basic model has a price close to 7,000 dollars. 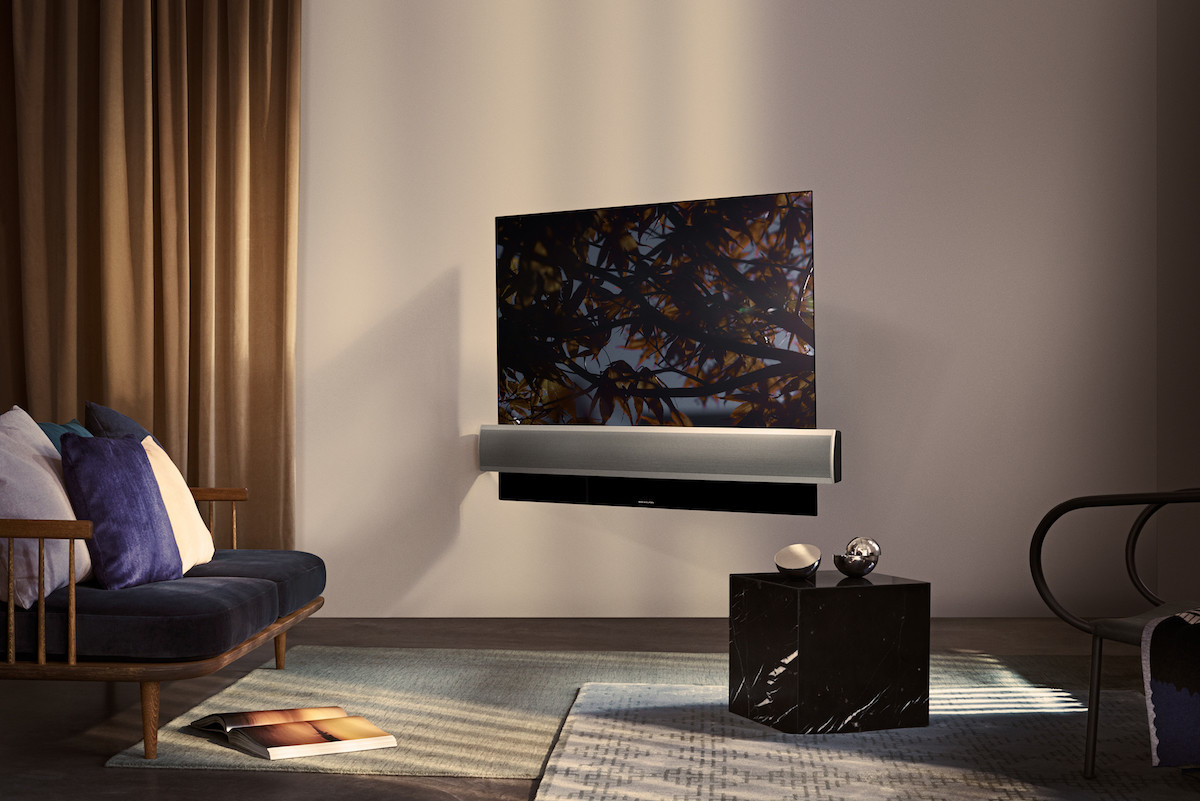 And we return to the height design offered by a premium brand Bang & Olufsen which has this year presented the BeoVision Eclipse, a model that has an excellent design and remarkable specifications. A set integrates a television and at the same time a music system, both in a single solution.

Created around materials such as the glass of the screen combined with fabrics of different colors or the aluminum of the loudspeaker, the surface of the screen is below the sound bar SoundCenter and expands under it so that it offers an aspect of continuity while the sound bar expands on both sides beyond the screen. It seems that the television floats.

Mounts an OLED panel manufactured by LG with 4K resolution and support for HDR. Use as webOS operating system in version 3.5, the system found in LG models. This allows you to access applications such as Spotify, Netflix, Amazon and YouTube.

Sound is responsible for a SoundCenter in the form of a 3-channel sound bar that provides up to 450 watts of power supported by the use of a central channel and through which we can receive the signal from streaming services such as TuneIn radio, Spotify Connect, Deezer, Chromecast Audio.