The TV-changing experience, a ritual for not passing year 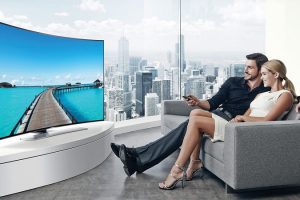 The TV is one of the home appliances that has dominated much of our lives. The oldest of the place may even remember the arrival of color television sets to our homes. A new member in the family might say.

And it is that given the high price that has long course change TV or grab a has made this task, this process, a ritual and an event in many homes. A new TV at home meant a good time adjusting both channels (there were then only two) and basic parameters, work that was done in the same TV since no, we did not have remote control. But the years have passed and … what has changed since then?

The TV, despite a somewhat darker time in its existence, has been the quintessential family totem. It has enjoyed a dominant place in our living room to the point that the furniture were coupled to the measures and needs TV. We have had televisions at home first in the living room, then the bedroom and later in other rooms (accompaniment consoles) or even in the kitchen.

The TV … uff changed and lasted an eternity. The first TV we had at home was a Philips K-11 and we lasted 20 years. A time in which neither wanting broke down so that it was tempting to switch to one of the new remote control. Infirmities of age who were always resolved with a welding technician here and there. TV switched in 1998 and since then, in 18 years, 5 TVs have occupied the throne in the living room. A TV in 20 years and five in 18 years … brutal change of trend. 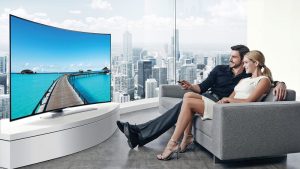 The ritual of change based TV become increasingly frequent lost some magic (just a bit), it must be said, but still retains the aura of special event. A change in trend motivated by several factors.

Change in lifestyle and society

On the one hand before buying a TV if it was entrapping letters, now prices have dropped significantly. Even the more expensive models may experience a significant drop once take a couple of months on the market, the fruit of the unstoppable advance of the introduction of new technologies. Now buy a TV does not require sometimes not to take home … we took ourselves.

That drop in constant prices and the implementation of new technologies make change models every time it is more like mobile change. A TV that takes us two years? It can be and in fact is what sometimes happens. Think a little. We bought a model and spends eighteen months, time which for example coincides with a World Cup year. Dozens of promotions that tempt us and seeing the specifications we UHD, HDR … and we with a Full HD model. How can we resist change that price? We cannot, our consumerist heart impels us (if our pocket let).

You may also like to read another article on SevenFrigo: The first OLED TV Loewe commitment to HDR, sound quality and stratospheric prices

We have already come up with the new TV, but beware, it is not just a new TV. Now we have a device that does more things and how to watch TV as before is already past. We now have a console, a connection to the network of networks, a music player even a video call system in the lounge. A number of features turn returning to TV in the center of the home. And so all family members to participate.

Less brother, whom we no longer resort, all household members sit on the new TV snooping. Even your mother, who has never been to these issues, wants to see the new gadget. Before we had a 25-inch and 32 arrived … just when the 42-inch size soon became almost standard … and we are already 55 inches (more common than we think) and growing.

And in these that we have to think what to do with the old model … sell? I use it in another room? A decision that the whole family takes part, as in the purchase. Unless the brother of turn, everyone has something to say about a device with which spent more hours than any other.

The truth is that it is easier to change TV than almost any other appliance in the house. It has cheapened consumer electronics television if we speak. If we add the number of hours spent throughout the day in front of the screen (not just watching TV in the traditional way) we will see how the model change has become almost cyclical but for shorter periods. A change in how to proceed and yet we are not sure why, retains some of that magic that had for years.

When you bought a TV at home … it has been like buying a microwave or a washing machine? Did you feel it’s still something special change TV?