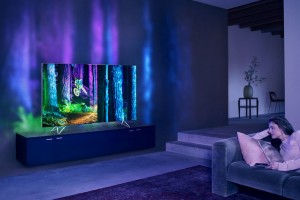 Philips has introduced what will be its medium-high range of smart TVs for the 2016 season, characterized by including models with UHD panels all compatible with native HDR and what they call “climber HDR” which enhances conventional content to suit the high dynamic range.

We are facing new series 6000, 7000 and 8000, with sizes between 43 and 75 inches, which come with the Android operating system and improvements in the Ambilight technology. However, things first and see the features of the new models series by series: 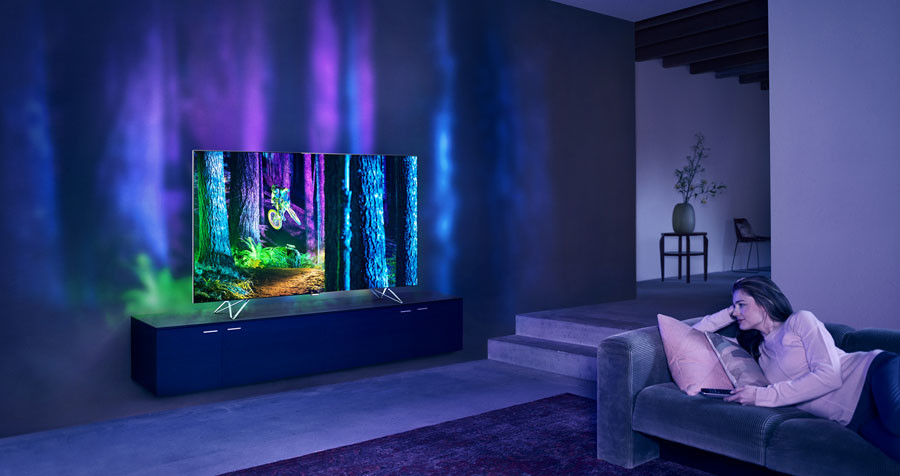 At the top end, we find televisions 8901 and 8601. The first, introduced last year, has a panel 65-inch UHD with HDR + boasting incorporate AmbiLux technology(development of Ambilight) with nine picoproyectores on your part extending rear ambient lighting enhance the perceived contrast.

The following is the Philips 8601 in ultrathin format with sizes 55 and 65 inches that has an advanced sound system 50W with the mark intended to spare us the need to use an external sound bar.

It uses 16 micro drivers and two woofers for bass mounted on a chrome frame which can be separated from the panel. Has Ambilight 4 areas at the back, a maximum brightness of 700 nits, 2.25 trillion colors, the TV Android operating system and a main processor 4 cores.

You may also like to read another article on SevenFrigo: The future of television? One that is capable of activating all respects

The new Philips 7000 series comes with HDR panels and lighting technologies Micro-Dimming Premium (with up to 128 independent zones) and Bright Pro (with brightness of 600 nits), which until last year were reserved for the 9000 series brand.

The 7601 incorporates the graphic rendering engine Pixel Perfect UHD upscaling to Full-HD content in its 65-inch, improving aspects such as the definition and vivid colors. In addition, it uses Perfect Natural Motion technology to improve the fluidity of motion sequences and has 3 sided Ambilight to enhance the feeling of immersion in the action.

The Philips 7101 and 7181 support HDR +, highlighting the 7181 in paragraph sound, incorporating both the model 49 as in 55 inches, a sound system 45 watts emission front that according to the marks us will avoid the need for a sound bar.

The 7101 comes with a minimalist look in sizes 49, 55, 65 and 75 inches, with Ambilight 3 zones, system sound 30W and black metal frame supported on two legs. Both TVs are compatible with Micro Dimming Pro and Perfect National Motion.

Finally we have the new 6000 series brand, aimed at users looking for a mid-range features medium-high range and hopefully that prices contained. In this series they include such models 6561 and 6501, both with Ambilight system (of three two areas respectively), HDR + and processing engine Ultra Pixel Precise HD.

You may also like to read another article on SevenFrigo: Philips SoundStage, home cinema that seeks to become the best friend of our televisions

They are compatible with Micro Dimming Pro, Perfect Natural Motion, quad-core CPU and basic sound system 20W all governed, like the rest of SmartTV range, the Android TV OS.

Down slightly on the ladder we find the Philips 6401, also with Pixel Plus Ultra HD technology, Micro Dimming Pro and a basic version of Ambilight two areas to light their panels 43, 49 and 55 inches. The sound system also lost some performance relative to the top of the range and we found a simple speaker 20 watt.

Finally, we have the Philips 6101, the most modest of all, whose mission is to bring UHD panels (in sizes of 43, 49 and 55 inches) to the public. It incorporates the same basic processing technologies than their older siblings (Pixel Plus HD and Ultra Micro Dimming System) but loses two CPU cores (s dual-core) and Ambilight system does not mount.

The new Philips TVs will be in the market in the second quarter of 2016 at prices yet to be confirmed.