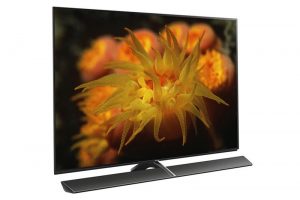 LCD technology still has a lot to say in the segment of televisions, but more and more companies are betting on the advantages offered by the OLED panels of LG Display as is the case of Panasonic, which has already released its first OLED television, the 65CZ950, by the end of 2015. Now the Japanese company returns to the load with a new and improved OLED that gives up the curve and adds HDR technology.

Panasonic has chosen the CES fair framework to officially introduce the new OLED 4K Pro HDR EZ1000, a high-end TV with the latest image enhancements we could see in action at the Panasonic factory in Pilsen at the beginning of last December. 65-inch, 4K resolution, HDR and built-in soundbar in the base are some of its arguments. This is the new Panasonic proposal in the growing OLED segment. END_OF_DOCUMENT_TOKEN_TO_BE_REPLACED