TRENDnet has announced the launch of a new surveillance system designed to go unnoticed in the home because it is embedded in a LED bulb. It is the TWC-L10 model and integrates, in addition to an HD IP camera with WiFi an LED light, both controllable from the mobile. END_OF_DOCUMENT_TOKEN_TO_BE_REPLACED 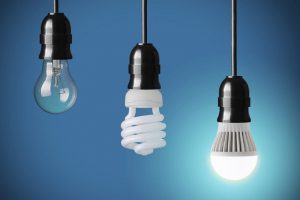 70 being an average value that matches most of the bulbs in the market. Therefore, an LED bulb 12W offer a light output of 840 lm. Which would replace the light that generates a 60W incandescent bulb? As you can see generating the same amount of light for each saved 48w incandescent bulb that we replace. END_OF_DOCUMENT_TOKEN_TO_BE_REPLACED