Size and space in the room – TV Buying Guide 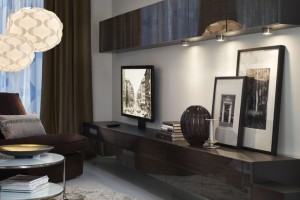 We will not tire of saying, as far as television is concerned, size does matter, and much, although in this case wants bigger say not always better. Today in our guide to buying a TV, let’s talk about the size and space in the room.

Inevitably it is tempted by large screens, especially in the store where you do not seem so great because of the proportions of the space, but the smartest choice is one that fits the usual viewing distance, which is what separates our TV couch or chair to sit wherever we go. 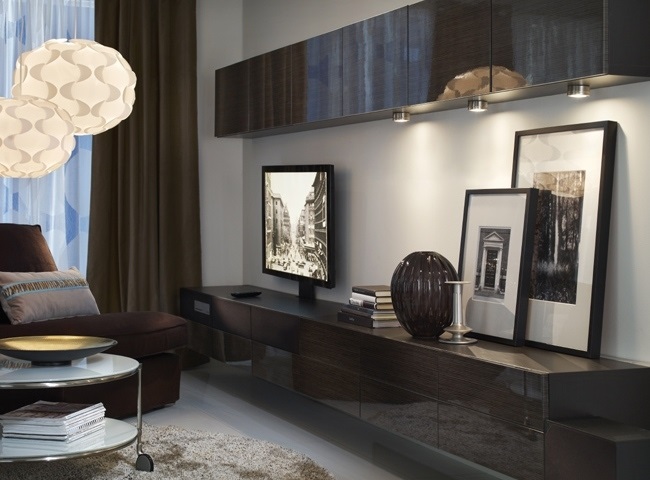 Except that you may be one of the lucky millionaires who have at home a 4K TV, you usually buy one with full HD resolution (1920 x 1080px). This resolution is independent of the size of the TV, so the bigger, the bigger each of the pixels, and if we get too close, the can distinguish, giving us the feeling that the image is pixilated.

The SMPTE (Society of Motion Picture and Television Engineers) recommended that the minimum viewing distance is at least twice the width of the TV, and that the maximum does not exceed more than five times that measure.

In the Christian, it means that you need at least two meters to put a TV 46″ and also from three and a half meters over 32″ need to watch TV on a minimum quality. In the images you have broken down the minimum and maximum for each size of TV distances.

Other factors to consider

Within that range of distances and comes in the tastes of each, and also the decorative issues such as the composition of the cabinet room, the proportions, the weight may have the black television visually … well, many things that can make even the look divinely, intrusive and annoying result the rest of the time machine.

You may also like to read another article on SevenFrigo: Buy Smart TV or not Smart TV – TV Buying Guide

Also keep in mind that, generally, our televisions receive signals with less than full HD resolution. The normal TDT has a resolution of 720 x 526px while normally released HD 1280 x 720px, a similar resolution at which emits game consoles, but be prepared for the Full HD (1080p). Movies on DVD are also in standard resolution (720 x 526px), and only the Blu-Ray emit all the possible resolution.

That means that the actual resolution we are seeing is lower, and therefore still larger pixels for each size, so you should weigh upwards the minimum distance viewing. In fact, to see content in HD (720p) without noticing the pixels, the minimum distance for a TV of 46″ is double, 4 meters.

On the other hand, considering a future in which all content outside 4K, these distances are halved. But of course, watch a television 46″ one meter is absurd, because there comes into play the viewing angle of the human eye, that from 60 starts to lose color perception and 124th longer see with both eyes.

I hope these tips about the size of television and room space as you have helped guide to buying a televised. It is certainly one of the crucial points, because in addition to the resolution, the distance is the other factor that determines the sharpness of an image.