OLED televisions will rise in 2017: Sony will target two models and Chinese manufacturers arrive by squeezing 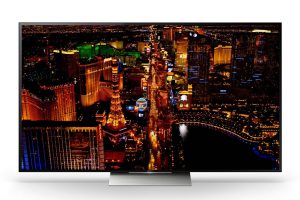 The evolution of LCD technology seems endless, manufacturers like Panasonic still find ways to improve the quality of the panels and that is something that is complicating the transition to OLED. In reality, what we are going to see is that the change will be longer in time, overlapping models of great quality with both technologies.

The most committed OLED is LG, hand Panasonic and Philips, using their panels, but cannot ignore the Chinese artillery, now even goes to buy panels Koreans and begin to create themselves. We’ll talk about it below a few lines, but now let’s the interesting part: Sony aims to OLED in 2017. 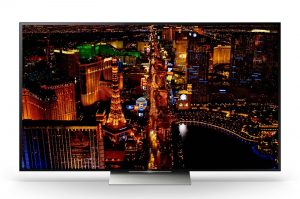 Better late than never, or perhaps the right time. What seems certain is that the Japanese are going to make the leap next year and they will do it with a couple of models. This makes perfect sense, as the two sizes, which occur on a large scale, are panels 55 and 65 inches.

The price of OLED TVs is not that they are lowering a barbarity but it is a fact that they have come down and it is possible to buy panels with 4K resolution for relatively logical amounts.

If you have money, for 2000 dollars there are from LG, and it seems that is a figure that makes other firms are encouraged to make the leap. The source of this news, Forbes says that $ 2,000 is the starting price of the offer from Sony.

The LG OLED 2016 line is the most powerful on the market; it eats 95% of sales. If you see other telephones with similar screen – Panasonic, Loewe -, also has been created by LG Display

The confirmation of all this is not Sony’s own, comes from Barry Young of the OLED Association, a group that has Samsung and LG among its members, so it seems quite reliable. Also note that the release of these two models will be produced in the second half of 2017. We may have official details at CES 2017 in January.

You may also like to read another article on SevenFrigo: The TV-changing experience, a ritual for not passing year

Returning to the issue price, Barry tells Forbes that the smaller TV will have to go on sale for $2000, and the 65-inch, $3000 should do. None of those prices is more than LG asks for their teles at a normal market moment, with no special offers.

Everything points to Sony wants to appear with relatively affordable OLED TVs, not luxury models.

Assuming that this is true, we understand that Sony wants to get in a competitive way in the ring, but will have to see who it is that makes you the panels, as if LG, will also be delighted that their neighbors sold, and if necessary, will have room to lower the price of theirs.

The approach to OLED does not seem the same as Panasonic has made buying panels to a third party – LG – and riding the best TV possible, a luxury model. Sony seems to want more market, so it fits the price more and buy enough units: it speaks of 80,000 panels for the 55-inch and 120,000 panels of the 65-inch. Yes, it is curious; they have more confidence in the big model.

From China with OLED

We must make one thing clear, all that you see OLED TVs out there, is the mark that is – Grundig, Philips, Loewe – you are created in plants of LG Display. There was only one time – 2012/13 – in which Samsung was interested in this business, but right now has it in pause.

As this will change in a short time, in China are already creating 55-inch OLED panels. They are creating a company called BOE Display and Brand is a local brand called Skyworth.

For now they produce in small quantities, but have received a strong investment to improve the plant and serve more customers. In fact since the idea of creating material for a company that will sell in Europe it is introduced, and that company can be Metz, who announced at IFA 2016 you’d OLED TVs next year.