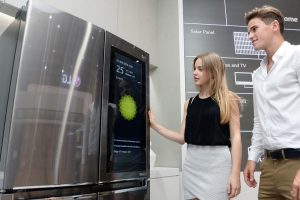 The war of technology in the kitchen has had an interesting in the battle IFA 2016. There we saw that the two main manufacturers, LG and Samsung, have been its most modern refrigerators, none missing screens or forget be connected to the network.

That war has an extra ingredient, which is none other than the operating system. While LG bets on Windows 10 to shape the content and services of your screen, Samsung does not have to look far and choose what you have at home, Tizen.

What we see seems very interesting, it is a way to have a device connected to the kitchen, which opens the doors to everything you can imagine: from recipes, to multimedia, through reminders, or surf the web. After all these fridges, become quite a touch computer. 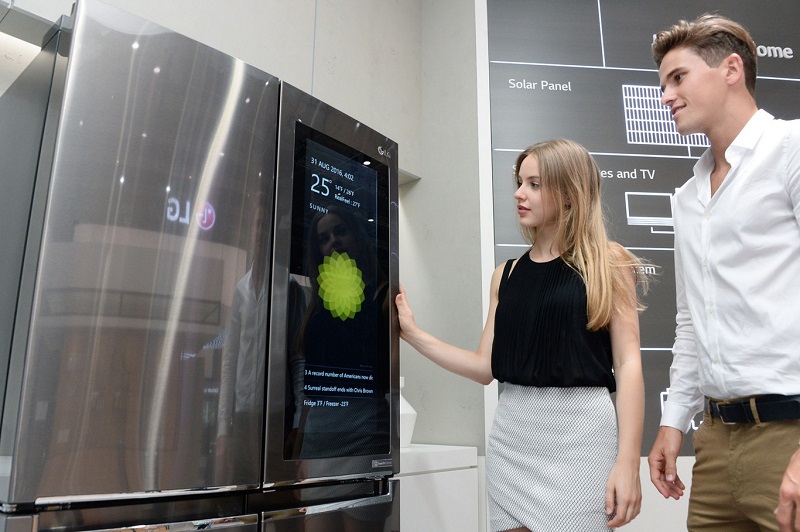 LG and its translucent screen

LG points to the tiles of Windows 10, it is striking to see the Microsoft system interface on a wide screen of 29 inches, arranged vertically. For the occasion, LG has created special applications or layers that let us put notes and information on users fridges.

Apart from the particular orientation of the screen, we can make use of Windows applications, and therefore here has a space advantage over Samsung. Another highlight is that Cortana is present, so we have a prime example of what is being achieved with the Internet of things.

The other feature of the offer LG is the possibility that this screen let see what’s behind it: give a slight bump on her and her translucent capability lets us see if we have anything in the fridge, or to do shopping. No need to open the door.

Is a prototype or will sell? For LG wants to sell in the United States before the end of the year, and eventually end up becoming a global product. Fall within the household products and higher price level, the LG Signature. 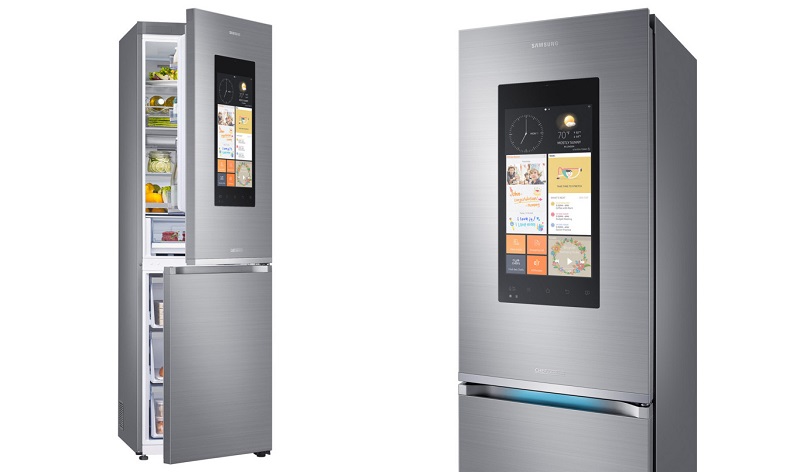 A smart fridge of Samsung already knew, with its giant touchscreens, but its format has changed to suit European tastes and needs. The original model was one big four-door, while in the IFA presented one size and format common in homes of the old continent: a pair of doors on the same level, clearly thinner.

These refrigerators fall within what is known as Samsung Family Hub. As in the case of LG, the selected screen is touch, but here of 21.5 inches and a similar options: notes, reminders, photos, recipes, cameras, voice recognition, but all governed by the operating system of the house, Tizen.

We do not have prices for the European model, but if we look at the US offer we see that the four-door model Family Hub is going to $5600.

You may also like to read another article on SevenFrigo: LG wants luxury comes to household appliances with its line Signature

Liebherr and Microsoft: Recognizing what’s inside

Microsoft is interested in cooking, in addition to LG has an agreement with the company Liebherr to develop the new generation of products SmartDeviceBox. What do they get with this system? Well put cameras inside and identify the products inside, without opening the refrigerator, you not even have to be in the room – is on a mobile device.

Microsoft provides the elements recognition technology, which uses deep learning algorithms to identify and take inventory. All this will end fridges part of a short-term future, and Windows 10 will be main beneficiary in this battle for the kitchen.